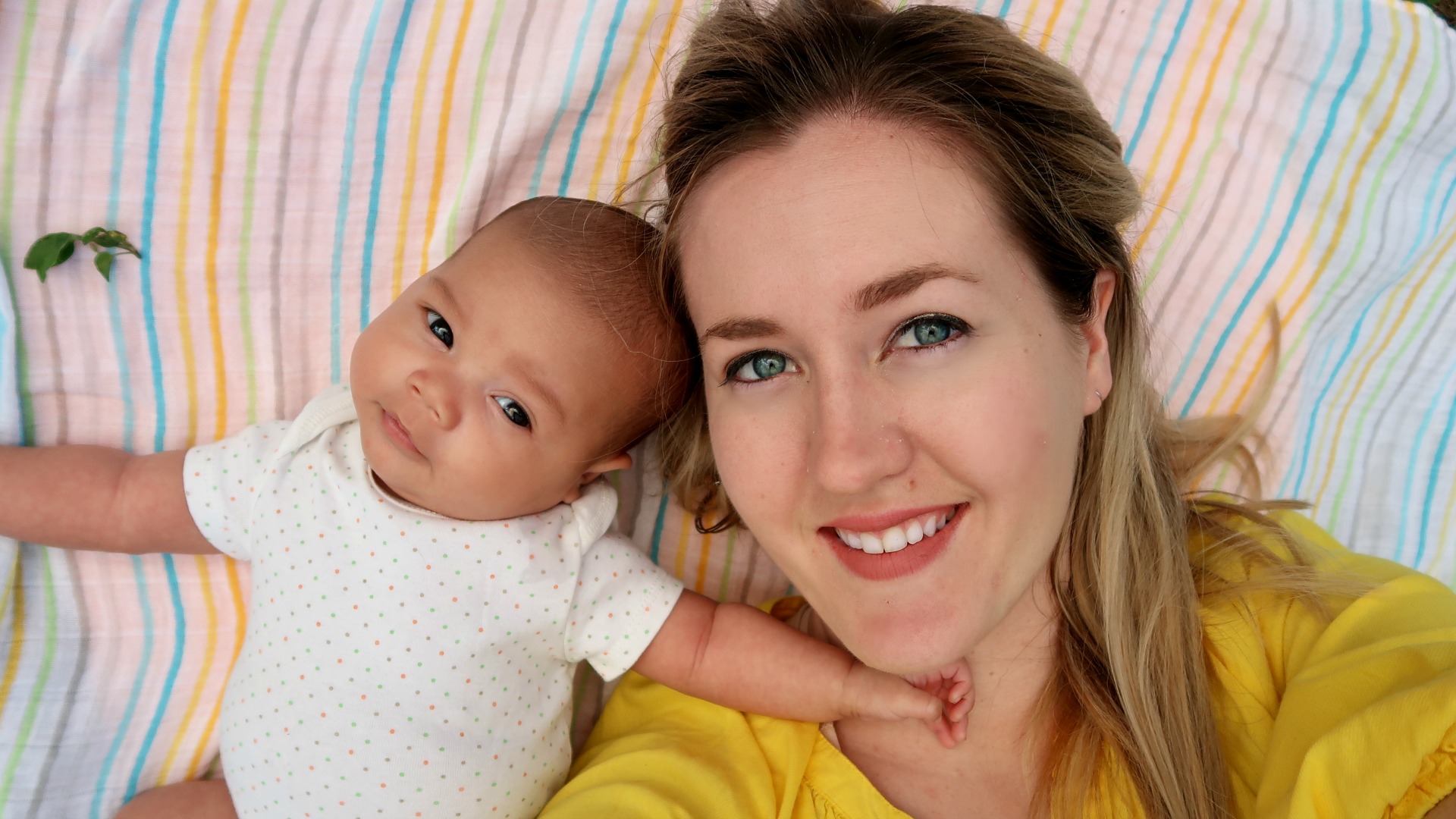 Most of you who know me in person know that I specifically planned not to have any more kids. You would probably hear me say  a polite “No thanks!” in response to conversation from strangers and supermarket cashiers. To my close friends I’d say “Hell no!” I meant it, I really did.

My first pregnancy left me feeling like society had lied to me. Pregnancy for me was not beautiful. I was throwing up sick nearly the entire time and I spent months staying home feeling miserable.

Postpartum left me with anxiety and intrusive thoughts that took over a year to go away. The idea of having more kids truly terrified me.  I didn’t want to have ANY chance of pregnancy. I didn’t want to have sex. Just imagining the possibility of going through everything again made it difficult to breathe. I started going to therapy.

I  finally started to feel better after my therapist suggested I play with making decisions. My task was to pretend to make a final decision and see how I felt for a week. My husband and I tried out how we felt after deciding yes and no to another kid. For my mental health, our finances, and a deep desire to not go through the early no-sleep, endless screaming baby phase again, it was clear that we both did NOT want to have another kid.

So How Did it Happen?

I still have no idea!

In July of 2019 I started taking birth control after ending my breastfeeding journey when my son was 20 months old. I had previously had stomach issues while taking the combination birth control before so I opted for the mini-pill which is scientifically less than 1% less effective than the combination pill with perfect use. ( I did tons of research and read actual studies)

I made sure I took it as perfect use. 100% on time every single day.  My husband scheduled a vasectomy  about a month and a half out and we were confident and happy with our choice.  We thought the odds were stacked in our favor.

I’m not a fan of odds anymore.

In early October of 2019 one Thursday I felt inexplicably tired. I had a therapist appointment that day and I remember telling her I was so so oddly tired. The next day I woke up with pink eye and a trip to the doctor’s told me a throat infection as well. I thought “Oh! I was just sick. Of course an infection will make me overly tired!” At that point I was due for my period but I didn’t think anything of it because having sickness had altered my start date before. I started antibiotics and hoped to feel better .

Me and Dante – Day 3 into pink eye and unknowingly pregnant

Antibiotics work relatively quickly and usually a person taking them feels better on third day of treatment. I still felt like I had been hit by a bus! I thought “Eh, it is a nasty infection. Both the eyes and the throat…. Probably by day 5 I’ll feel better”. Nope!  While my eye and throat looked and felt fabulously better I still felt awful.

On October 8th – one week before my husband’s scheduled vasectomy –  I woke up and just couldn’t understand why I still felt horrible. By this time it occurred to me the possibility of being pregnant as it would explain my symptoms  and I was several days late even though I did not even think it was possible. But I had to rule it out.

Around 5:45 in the morning while getting up for work, I peed on a stick I had leftover from my first pregnancy two years earlier.  As it turned positive I went from disbelief, to shock, to straight panic.

I woke up my husband bawling my eyes out panicking. I remember him staring at me in a sleep fog, trying to decipher what I was saying in-between sobs.  “What are we going to do?!” was all I could keep repeating.

I don’t remember what he said but I remember how he made me feel.  My almost two-year-old was sleeping in the middle of our bed and we looked at his beautiful face and knew that it would be scary, impossibly hard, and bring new challenges we had no idea how to face. But we would do it together.

Now I’m 19 weeks along – almost halfway there.  I’m no longer nauseated all the time but it still hasn’t gone away completely.

The first trimester was the most difficult time period of my life. Most of the time I was just trying to survive to the next time I could take more medicine. I had to go to the hospital for dehydration and was officially diagnosed with hyperemesis gravidum. I lost 10 pounds. I missed a lot of work and and had to sign several papers about excessive leave due to illness. One day I had bleeding that was more than just spotting and after an ultrasound I was diagnosed with a subchorionic hemotoma (a pooling of blood between my uterus and placenta) and put on pelvic rest.

It has not been easy. I’ve had a lot of dark moments.  I get anxious and angry a lot. But a few things continue to keep me going.

What Keeps Me Going?

Early on my therapist asked me to think about why I was choosing to go through with the pregnancy. She told me to hold on to those reasons – put them on sticky notes by the toilet if I had to!

My mom has also been a huge support to me and my family. She practically moved in with us for almost two months and helped keep laundry done, food made, and my two-year occupied and cared for.  It made such a difference.

It feels like one big crazy story. It’s shocking and kind of funny how life surprises you.  It makes me want to connect with others of similar situations. Has this happened to you? What kept you going?  Any tips for being a mom of two?

Whatever your story – I’m glad you’re here being a part of mine. Xoxo and happy momming